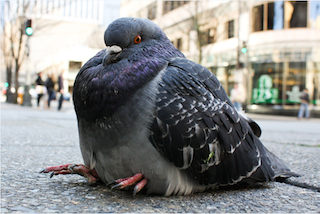 I would love to figure out a way to calculate the exact amount of people it takes to tell me, “you have to see this movie,” or, “you have to read this book,” or, “you have to go on this ride,” before I have absolutely no chance of actually liking that movie, or book, or ride. I know it exists, that tipping point where an enthusiastic suggestion raises my expectations to a point that no form of entertainment can reach or makes me want to hate the experience more than like it. Imagine how valuable it would be to know the exact comment that is going to ruin an entertainment experience for you. You could stop people from changing your disposition from, “I’d love to see that,” to “I want to hate this movie just because everyone won’t shut up about it.”  Whatever the number may be, I’m sure I reached that tipping point with Goodfellas five or 10 years ago. Is there anyone who finally sees a ICBYNS movie and actually enjoys it? I guess what I’m building up to saying is, in my mind, I was totally validated going the last 26 years without seeing Goodfellas.

Part of the problem of seeing an iconic (I use that term begrudgingly, but unfortunately I can’t deny the public zeitgeist) movie 20 years after it grabs the world’s attention is that, if you’re paying attention to pop culture at all, you have already seen large portions of the movie without having ever seen the movie.  I ran into this problem with The Godfather and Casablanca, and I imagine I’ll run into it again with The Shining. When a movie has been parodied and alluded to and ripped off a million times it becomes part of the pop culture conscience and you can’t help but avoid it.  I watched Animaniacs. I worshipped Swingers. I knew Goodfellas without seeing Goodfellas and it really isn’t the type of movie that can overcome that. I’ll never know what my response to the movie would have been without this influence, but I see why The Godfather is considered one of the greatest movies ever made, I get why Casablanca is one of the most quoted movies ever, I realize it’s blasphamey, but I don’t get the appeal of Goodfellas.

I feel like I’m missing something by being so critical of Martin Scorsese. He obviously knows a lot more about film than me, and people who know a lot about film love this movie, but I couldn’t click with what he was doing here. I found it very hard to take the movie seriously. Every character seemed to be a silly over-the-top caricature. Scorsese seemed to be making a serious portrayal of the gangster life but populated it with a bunch of ridiculous characters. Some might try to argue that they aren’t caricatures, but I would point to The Godfather movies or The Sopranos which were both able to take Italian gangster stereotypes and not make the characters seem silly. I also hated the voice overs, granted that could be in part because of my love of “The Goodfeathers” which spoofed that device to perfection. Jenny pointed out part way through the movie that it has no plot; it’s all about telling us how it was without telling us an actual story. The plot diagram that we all learn about in school is nowhere to be found, with the resolution coming so abruptly there is no sense of tension or fear for what the characters are going through.

I can’t help but feel that this movie is more in line with Scarface than The Godfather. This movie is about image and lifestyle. The people who love this movie like the way it glorifies the gangster lifestyle. That doesn’t make it a great movie.  Scarface is not on the AFI Top 100 list, yet every college dorm has at least one Scarface poster.  I really find it hard to argue that Goodfellas is that much different. There is an aspect of movie making that relies on the cool factor, but there needs to be other components there as well.  Goodfellas is full of cool, but has no plot or story or likable characters or a dozen other things a great movie needs. I can’t help but think that this movie will gone from the next AFI list that comes out.

On a side note, I couldn’t help but think of The Wolf of Wall Street as I was watching Goodfellas and how that movie was all about image and excess and then I realized it’s the same movie. Why didn’t more people mention this when The Wolf of Wall Street came out? Scorsese just remade Goodfellas in an updated setting. They are both about a criminal who steals money from people to live a life of excess. The main characters get wrapped up in money and drugs and womanizing. It even ends with them failing to feel any remorse for the life they lived. That’s more of a comment on The Wolf of Wall Street being a total rip off than Goodfellas not being a great movie, but I guess you can’t really rip off your own movie. What bothers me more is that in both instances I feel like Scorsese set up the characters to be tragic heroes but they both lack the self-awareness and self-realization of fault that comes with the tragic hero’s downfall. In my eyes, this is a major flaw in both films.

I give Goodfellas one out of five bowls of pistachio gelato. Other people keep telling me I have to try it but gelato just isn’t my thing.

I really don’t have much to say about this movie other than I disagree with every accolade it’s ever received.  I saw it years ago, probably in college, and after becoming a huge fan of The Godfather movies, I thought Goodfellas would be an easy movie for me to enjoy. Wrong.

The structure of the movie starts out fine– a story is going to be told, I’m in– as far back as he can remember, Henry Hill wanted to be a gangster. The music and the scenes from his childhood totally drew me in. His family life being so different from what he wanted– what he put up on a pedestal, his icons, gangsters in 1950s New York. Henry’s transformation from spunky promising kid, being taken under Paulie’s wing to become a successful and deeply entrenched mobster happened quickly.

Where the movie goes awry for me is that the early days end quickly, and the parts of the movie that cover 1967 to when he gets out of jail in 1978 are awful. The guys hanging out at the Copacabana, living this supposedly glamorous criminal life– but way less classy than anything ever portrayed in The Godfather— just got old for me really fast. I feel like the movie is divided into three parts: 1) the early days full of hope while he’s looking up to his icons, something glamorous and promising about that time, then 2) a very long period of Scorsese just showing us that life– for way too long– not so much plot, just more scenes of the guys hijacking trucks, armed robbery, living it up at night, beating the crap out of people, taking what they want– but all of it falls short on my “cool” list- – there is nothing about all of it that is appealing in any way to me; it all just feels so empty, unlike other movies where the criminal activity is portrayed as worth it for all the riches and luxury that comes as a result. 3) The third and worst part of the movie reminds me of when Boogie Nights passed from 1979 to 1980 and all that was exciting and enticing and wild and unraveled into the shitter. (I love that movie, until New Year’s Day, 1980.) By the time Henry Hill gets out of jail in 1978 and begins trafficking drugs, I’m waiting for the movie to end. I am no longer interested in anything left resembling a plot, and he’s so messed up, his life is so messed up, everything is about to break and it’s just a matter of when. Watching the scenes just before he and his wife Karen enter the witness protection program are just awful and the feeling of desperation, dead end, and hopelessness take away any value of the movie for me.

I think if I were better at this, I might explain that it’s because I was never given any cause to care about any of the characters. In fact, I hated all the characters.  I really have a hard time looking at Ray Liotta, Joe Pesci was so dumb and one-dimensional, and Jon’s influence on me has me realizing that Robert De Niro didn’t really do much for this movie at all, and he does seem to be the same character in many films.

When we sat down to watch this again, I thought maybe I had been wrong the first time I saw this, and immature comparing it to The Godfather–it’s its own movie, and that was probably the reason I didn’t give it a chance, so I was prepared to do so this time. But I found the whole experience of watching it again taxing. I just wanted it to end, I felt bored or annoyed, or sad imagining that life. The experience of watching Goodfellas is a negative one for me. I don’t really have time to understand why every other human on Earth thinks this is an amazing movie. I don’t really care, and I’m just glad I don’t have to write about it again.

Oh and, like Jon, I will always prefer “The Goodfeathers.”

I give Goodfellas one out of five Drumsticks: looks like a good idea but hollow inside.

Up Next: Sophie’s Choice

Jenny says: I hope the movie isn’t as long as the book.